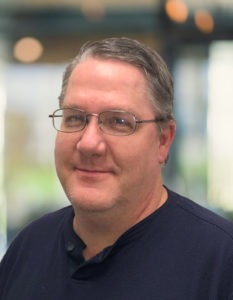 Ryan joined Optimized Systems in 2020 bringing his 30 years of electronics experience with him. After serving in the United States Army as an electronic technician, Ryan spent 18 years doing nearly everything there is to do with building automation controls at the University of Nebraska. Following his time at the university, he studied computer game design at Iowa Western Community College. After finishing his college program, he then worked for two building automation control companies designing, commissioning, and programming control systems. His work has encompassed supervising electronics manufacturing and testing, new construction, retrofit projects, research laboratories, and peer instruction and user training. He has even owned and operated a Tae Kwon Do school. We are excited to have Ryan on the team. He can really knockout the work!

Ryan is married with 4 children and 5 grandchildren. His many hobbies include gardening, cooking, gaming, Tae Kwon Do, and most recently disc golf. Born and raised in northeast Nebraska he is an avid Husker fan.