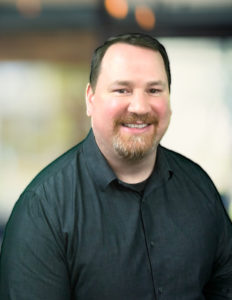 Herman joined Optimized Systems in 2015 as an Energy Systems Programmer with more than 20 years of experience in control systems design, engineering, integration and programming. From the simple to the very complex, he is a go-to kind of person to figure things out for building automation controls. In addition to possessing numerous industry certifications, Herman is recognized for his intensive hands-on programming and integration experience, as well as his expertise in custom software programming enhancing system efficiency and functionality. Throughout his career, Herman has designed, installed, operated, optimized or supported most major controls brands in a variety of facility types and complexity. In project management roles, Herman has been responsible for all aspects of project delivery, including scheduling, budget, testing, trouble shooting, end-user training and client relations.

Herman, a husband and father, bleeds Nebraska red. He is also a foster parent for several arcade game counsels he either built or rescued.